Get fresh music recommendations delivered to your inbox every Friday.
We've updated our Terms of Use. You can review the changes here.

Tradition is the Enemy 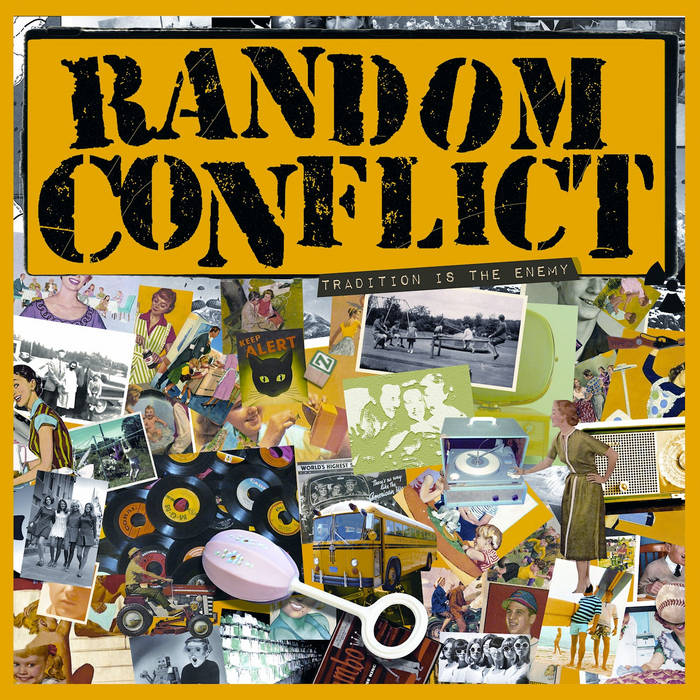 Most modern punk bands last about 25 days, upload a few MP3 recordings and vanish into a hard drive somewhere in the cloud. RANDOM CONFLICT kicks off its 25th year with "Tradition is the Enemy," an essential 12-song LP/CD on No Profit Records. This Alabama trio delivers a brutal mix of classic bands like G.B.H. and Motorhead, and contemporary groups like Propagandi and Leftöver Crack, and creates a genuine sound punctuated with elements of Black Flag’s hardcore ferocity, Slayer’s down-tempo nihilism and the Clash’s experimental spirit. "Tradition is the Enemy" is musical aggression with purpose and a lyrical diatribe against mainstream culture and values. Fuck the rules. Disregard expectations. Create and live your own reality.

“This Alabama band have been around for 25 years and are still at it. This is sharp and ripping hardcore like a mix of STRUNG UP and PUBLIC NUISANCE if they were on the Southern half of the old tape compilation ‘War Between the States’…gritty like an inner city hardcore band from 1983. Fans of early hardcore will love this.” – Artcore #31

“This is a punishing, awesome southern punk record. If this band keeps branching out and striving to step out from the pack, I will definitely be looking forward to their next 25 years.” – Maximum Rock N Roll

"What I appreciate about this album is that it doesn’t fall into any musical categories easily, even though it is clearly a hardcore album. There are heavy riffs and driving chords, spoken word and sing along choruses, and shades of metal, crust, oi, and streetpunk, sometimes all within the same song." - Razorcake.org

"The gruff but melodic vocals bring to mind the Dutch / Canadian punk rockers Brezhnev with maybe a hint of Lemmy influence (but then who isn’t influenced by Motorhead?). The sometimes frenetic guitar work, nice bright bouncy bass and powerful drum sound is screaming out Black Flag or Poison Idea." – Louder Than War

"The music is raw, aggressive and rebellious, yet easily accessible and masterfully produced. The 12 songs are heavily influenced by 80s hardcore punk (Black Flag, Minor Threat and Discharge) and contemporary punk (Rancid, Propagandi and Leftöver Crack), but presented in a way that is fresh and uncontrived. The lyrics tear down the façade of modern culture, exposing evil and corruption, while offering hope and calling for unity. This isn’t a record you’ll hear on the radio or in a car commercial on TV. This is punk rock as it is meant to be…iconoclastic." – Valley Planet

Throwing away money on punk rock records since 2010!

Bandcamp Daily  your guide to the world of Bandcamp

The Hammer and The Relentless from the Boston band Malleus stop by for a chat.